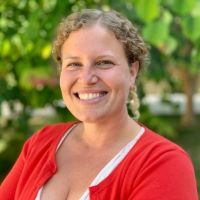 Carolyn Merino Mullin is the executive director of the Oxnard Performing Arts Center Corporation (OPAC) in Oxnard, California. A Miami native of Mexican-American descent, she has over 18 years of experience in the nonprofit sector. Her work has been featured in the LA & NY Times, Washington Post, Chicago Tribune, NPR, LA Weekly, Huffington Post, Bark Magazine, New Scientist, Artillery Magazine, Psychology Today, LA TV (CBS, FOX, ABC), and dozens of other media outlets. She has been with the Oxnard Performing Arts & Convention Center (Oxnard PACC) since 2017. Originally brought on to spearhead the Center’s programming, she assumed the role of Executive Director during the height of recent city budget cuts and layoffs that initially included a proposed closure of the venue.

Prior to working in Ventura County, Carolyn founded in 2010 and opened in 2013 The Animal Museum in Los Angeles, the world’s first museum dedicated to exploring the human-animal bond with a dual focus on animal protection and human-animal studies. In Santa Barbara, California, she served as the associate director for Casa Dolores, Center for the Study of the Popular Arts of Mexico. She has been involved in all aspects of museology including exhibition development and curation, education, events, registration, and administration, through her work with The Miami Science Museum, The Chico Museum, Casa Dolores, and the Miami Children's Museum, for which she managed the 57,000 square-foot facility with a team of 16 educators.

Carolyn has done extensive work in animal protection, having served as the Miami-Dade and Alachua County Organizer for the historic "Yes on 10" ballot initiative in 2002. In 2008, she coordinated the Northern California "Yes on 2" campaign in California through Californians for Humane Farms. She also spearheaded the West Coast Education Department for the nation’s largest farm animal nonprofit, Farm Sanctuary. A recipient of the Belton Mouras Grassroots Leadership Award, she continues her welfare work for animals as a Board Member for My Dog is My Home, a national organization striving to keep individuals experiencing homelessness and their pets together.

Carolyn is a contributing author to The Art of the Animal (Lantern Books, 2015), Mourning Animals (Michigan State University Press), Defiant Daughters (Lantern Books, 2013), and Why Dogs Hump and Bees Get Depressed? (New World Library, 2013). She earned her Bachelor’s in Religion Studies, with a focus in Religion & Nature, from the University of Florida and a Master’s in Nonprofit Management from Regis University in Denver, Colorado. She also serves on the City of Ventura Arts & Culture Commission.