Her poems have appeared in numerous literary journals and anthologies, including RUNES, Bloomsbury Review, Nimrod (as an award finalist), Whistling Shade, Water-Stone Review, Comstock Review, Askew, the Irish journal The SHOp, and Dust and Fire, where she is the 2009 Diane Glancy Award winner. In addition, her works appear in To Sing Along the Way , an anthology of Minnesota women poets published by New Rivers Press, and Poetic Voices Without Borders 2, published by Gival Press. Her short fiction is forthcoming in an anthology from Wising Up Press. Andrew Motion, Poet Laureate of England, chose the title poem of Love in the End to be exhibited at London/Art. “Eclipse” was shortlisted for the Féile Filíochta International Poetry Competition in Dublin.

Mary Kay enjoys performing poetry and has collaborated in her work with visual artists, musicians and dancers. She has read in many venues in Ireland, England, and the United States, including recently at the Ojai Poetry Festival at Ojai, CA. A professor emerita from the University of Minnesota, Duluth, she divides her time between Minneapolis and Ventura, CA, where she teaches at California State University at Channel Islands. 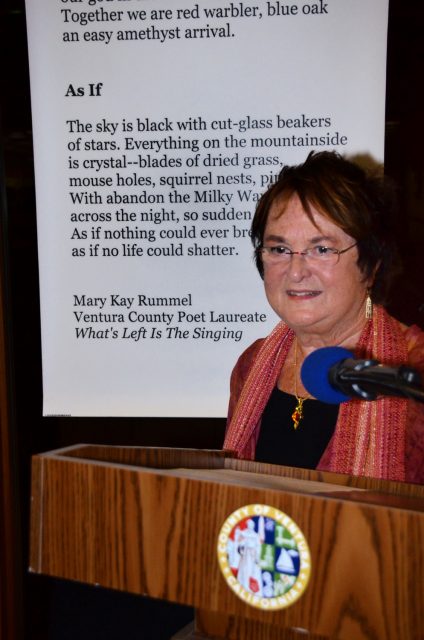